Today I want to show you something wonderful Made in Tuscany

What I’m about to talk about is a place well-known, especially by architects, but since so many people haven’t discovered its beauty yet, I want to take you with me to … Pienza!

Architecturally speaking, it was designed and built in the Renaissance era, to be a place of perfection and urban harmony for the inhabitants of the town, to be at their service.

Awesome, isn’t it? Now do you see why architects know it so well and come to see it from all over the world? 🙂

But I want to explain better:

The origin of Pienza was nothing but a small country village called “Corsignano.” There, Enea Silvio Piccolomini was born and raised, who later in his life became Pope Pius II. During one of his pontifical journeys from Rome to Mantua, the Pope was passing by his hometown, and the disgrace he saw led him to commission the architect Bernardo Rossellino to build “The Ideal City” above the original village.

And that is how it was done. The modifications began in the main square of the town, where we can still admire the views and Renaissance lines of the Duomo, Palazzo Piccolomini, and Palazzo Pretorio.

It took only four years to complete the entire job, but unfortunately the Pope never saw the finished work due to his early death.

Since then, Pienza has remained untouched, and in 1996 it was declared a UNESCO World Heritage Site (UNESCO patrimonio dell’umanità).

Then, just out of curiosity: besides its architecture, it is also famous for its traditional craftsmanship (important to us dear designers), in particular, wrought-iron working.

> Gardens by the Bay in Singapore

So what do you think? Do you like Pienza? Have you ever visited? Would you like to discover new places in my beloved home Tuscany? Do you like Tuscany? What are the places you like the most? Did you know we have a very important and ancient craftsmanship tradition? Did you know about the concept of “the ideal city”? Let me know what you think, I’ll be looking for your comments below! 🙂 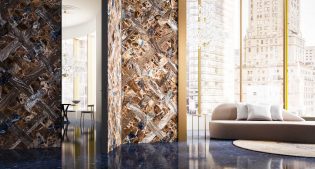 PREV
Linvisibile and the luxury Made in Italy 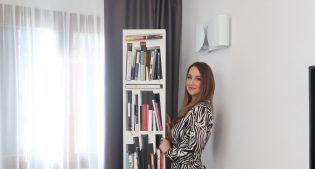 NEXT
Bookshape by Lettera G: what an original bookcase!