This year we all feel a sense of loss without the Salone del Mobile. The health emergency due to Covid-19 has forced the organisers to postpone the event. As this year as the event is not happening, I’ve decided to tell you all about the event step by step. So, whilst we wait for Salone 2021, I’m going to dig deep and retrace some of the interesting stages and experiences of this magical event.

What do you think of this idea? I hope you like it!

The International Salone del Mobile (furniture fair) started in Milan in 1961, with the aim of promoting the export of Italian companies relating to the world of design. Today, it’s a reference point for the furniture and design sector, an event that attracts professionals and those curious of design from all corners of the globe.

In fact, I believe that the Milan Design Week – a title that not only encompasses the Salone, but also the Fuorisalone – it’s an electrifying and lively week, not only for Milan, but also for all those working in the sector who converge under the Madünina in search of news from the world of design and living.

So let’s look deeper into the origins and history of this magnificent event: let’s go!

As already mentioned, the first addition of thel “Salone del Mobile di Milano” happened on 24th September 1961 (my birthday! But not that year ?). Italy is booming and an initiative came from Federlegno, who promotes Cosmit – the Organising Committee of the Italian Salone del Mobile – who then immediately chose Milan as the city for the event, and the location was inside the Fiera of Milan.

We could say that the Salone was born from another great Milanesas trade fair event that had used the same location for many years. And so even before the Salone, this space was used for furniture and design. The trade fair Fiera Campionaria was held here from 1920, it was  a pivotal event for Made in Italy and continued on here until 1985, when the location was designated to specialised sectoral events.

At this trade fair, architects and designers were called in to create the installations and pavilions within the fair itself.

An example? The Castiglioni brothers, who in 1968 designed the installation “La chimica ci veste” for the Montecatini pavilion.

If you would like to deepen your knowledge of the world of the Fiera, you can find a myriad of information and photos here.

But let’s get back to the Salone.

The entrepreneurs had ambitious objectives: firstly, to promote exports because the internal markets, after reconstruction were saturated. This would have been possible if the many small Italian producers had acquired self- awareness in their category and joined forces to make known and promote Italian design which are now considered true masters and producers of famous icons.

1965 there is a turning point: Domus – the design and architecture magazine par excellence, founded in 1928 by Gio Ponti – gave tabloid space to the Salone, dedicating a long article to it. The exhibitors felt compelled to set up the space with more conviction and creativity coming out of the fair: this feeling developed more and more and it then became the Fuorisalone. But, we’re still not there yet, let’s go step by step.

In 1967 the Salone became Internazionale, an adjective that we take for granted now but at the time it symbolised high quality and many visitors came from abroad.

Since 1974, the year in which Eurocucina started, space is gradually given not only to furniture but also to the world of design in the broad sense of the word: in 1976 Euroluce was born, in 1982 EIMU (today Workplace 3.0, the Salone Ufficio) and in 1989 the Salone International Furnishing accessories (Salone Internazionale del complemento d’arredo). In 2006 it was the turn of the Salone International Bathroom exhibition (Salone Internazionale del Bagno). Now the Salone embraces at 360° the world of design: there are all types of furniture for all styles (classic, modern, contemporary as well as pieces relating to lighting the kitchen, the office and the bathroom).

Even in the early days of the Salone, a series of spontaneous initiatives were born that orbit the Salone, a constellation of parallel events for the city, often promoted by the brand showrooms themselves, (Cassina was one of the first to exploit it’s Milanese showroom as a stand at the fair). The formalisation of these parallel events – which for years had been called Fuorisalone – happened in 1991, the year in which the first official guide of the Salone came out, commissioned by Gilda Bojardi and published by Interni Magazine. The expression Design Week is also traced back to that year.

2005 is another important turning point: the Salone is transferred into the brand new Fiera Milano in Rho, designed by Massimiliano Fuksas.

In 2018 the Manifesto of the Salone of Milano was launched with the objective of celebrating the past and giving a future direction to what has become a reference point for design over the years. The key words of this document are emotion, business, quality, projects, systems, young people communication, culture and Milan.

The great success of the Salone is undisputed. The numbers speak for themselves, the event has grown, in the year of its inauguration there were 328 exhibitors, whilst today the numbers exceed 2500. Currently the space available for the Salone is around 300 thousand square meters, as opposed to the 11 thousand sqm of the first edition.

An event that has grown exponentially not only in terms of number but also that of beauty and creativity.

I can’t wait to take part in the next edition!

Meanwhile, I’ll leave you with a few memories from last year.

Camilla touches things #Euroluce edition ✨ always gently, of course! As you already know I’m totally in love with lighting. For the #mdw2019 I lived a dream, full of lights. Here with PostKrisi by @catellanismith • #camillabellini #designerlife #bloggerlife #thediaryofadesigner

Together with the Maestro ✨ Thanks to Giulio Cappellini I explored the new collection by @icone.luce. I was thrilled by hearding his stories about new projects and new characterization of the brand. Design has a mission: to make people dream. And I do dream, a lot. • #camillabellini #designerlife #bloggerlife #thediaryofadesigner #suggestedbyCamillaBellini #ad #cappellini #fuorisalone2019 #italiandesign #mdw2019 #euroluce #iconeluce

And you, are you a veteran of this event? How many editions of Salone del Mobile have you been to? Are there any events connected to the Design Week that you would like to share with me? Write a message in the comments below or send me an email at [email protected].

• Walking towards the Salone Satellite 2019: my talk with Marva Griffin

• Automotive design: the evolution of car lines from the 1950’s until today

• How to get around Milan during the events? PREV
2020: All the Design Events in Italy and the world to not be missed 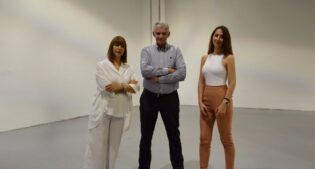 NEXT
Towards Cult&Must: the interview with Giulio Cappellini and Gisella Borioli