Some details of the CULT&MUST exhibition in September 2021 have already been revealed, including the companies that will take part. With this interview with Gisella Borioli, founder and CEO of Superstudio, and Giulio Cappellini, art director of the exhibition-event, we enrich the spirit that will accompany us at Fuorisalone 2021.

Here’s the interview with Giulio Cappellini

The companies that will take part in Cult&Must represent the highest heights of the Italian spirit and the Italian know-how, keeping pace with innovation also in terms of communication and branding. How have the last 20 years of Italian design reacted to the explosion of digital?

For Italian design companies, today the market is the world and no longer, as in the past, some nation close to Italy. This means having to communicate in real time. Digital is an irreplaceable tool.

At the beginning, the great Made in Italy brands, used to making high-level catalogs, books and advertising, considered digital to be a purely technical element. Today it has been realized that it is the best tool for the awareness of the company and the product image. There is now a great deal of attention even if there is still a lot to do.

Cult&Must is a nomen-omen event, in which, due to its nature and the reasons for its birth, it is a “cult&must of events”. What is the design need, if any, that acts as a leitmotif for the companies called upon to exhibit?

The common thread that binds the companies present at Cult&Must is innovation: not only formal innovation of products but also of the use of materials, production systems, new textures. Products of the last twenty years which, when they appeared on the market, represented a novelty, often becoming reference points for the evolution of design.

In your career, between international successes, consecration as a talent scout and the inclusion of TIME among the 10 most authoritative trendsetters in the world, he never fails to pay attention to novelty, to the taste for exploration. In this perspective, how strong is the lesson of the past in relation to the present and the future?

To build a good future we must always look to the past: the history, culture and tradition of the different countries are a source of inspiration for tomorrow. You cannot make conscious plans for the future if you do not know perfectly those made in the past. The lesson of the great masters must be a guide for young designers.

Gisella Borioli: the interview for the Fuorisalone 2021

Superstudio has always been an unmissable stop during the Fuorisalone, thanks to its ability to intercept the dynamics of creativity from all over the world. The year of the pandemic inevitably slowed the celebrations of its first 20 years as well. September 2021, however, marks the definitive restart of the design and events in the sector. How strong is the enthusiasm for this new beginning and what feeling does it bring from the tragic months we have passed?

For me, 2020 marked the end of a period of my life and also of the first cycle of Superstudio Più. My book written during the lockdown was a sort of afterthought and budgeting for both of us. 2021 is the year of a new beginning that calls for a step change, an innovation in the method, a greater consciousness that nothing will ever be the same again and that we must take into account crises, pandemics, social problems and environmental disasters. It doesn’t mean we will be overwhelmed, but it could happen again. Nonetheless, it is a great stimulus to creativity: we need to look with optimism, enthusiasm and flexibility beyond uncertain times.

Where did Cult & Must come from?

It’s a name that I found, like almost all the naming we use because I like to play with words. I wanted to express a strong concept in a short sentence. Together with Giulio Cappellini we reflected on the fact that contemporary design museums stop at the end of the last century, and some even at the 1980s. There is little contemporary. Yet these last twenty years have been a fruitful, free, visionary, experimental, wise, technological, irreverent, anomalous period that has made many objects destined to enter the history of design as desirable, to become the new icons. Here, the common thread was to bet on some of these and call them to represent themselves at Superstudio in our contemporary museum.

Many designers have taken their first steps in the Superstudio spaces, which in a short time has consecrated its worldwide success. The first to believe in this project, in 2000, was Giulio Cappellini. Is there a personal memory that best describes the energy that was born in Superstudio?

In 2000 I wanted to create an “island that doesn’t exist”, a place where art, fashion, design, creativity in general could express themselves freely, outside the box. Back then there were no “locations” as we know them today. I have to thank Giulio because when I called him to see the portion of the General Electric factory, which we had just bought and still had some workers inside to finish the job, it was just over a month before the Salone del Mobile in Fiera, where he had booked his stand.

In a moment he decided to move everything here, without the restructuring having yet begun. And he changed the way of communicating his products. No more stands but shows. For the installation he called Philippe Starck and Jasper Morrison, and the Cappellini pieces presented were signed by young architects he believed in and who would become star architects. Fabio Novembre, Piero Lissoni, Marc Newson, Tom Dixon, Nendo, Macel Wanders and many others have become “great” at Superstudio.

20 years of design told by the companies that have signed the objects of desire that have entered our daily life. How strong has the work of women been and how has it evolved in these 20 years?

This is a delicate point. The female students of the polytechnics are many and have the best grades, the graduates come out with all the premises, and the hopes, of an amazing career. Then everything slows down. Companies generally do not believe in the work of women, they do not consider the content of sensitivity, diversity, transversal vision that they can bring, and the fact that women in general furnish and live in the house.

With a few exceptions (Alessi is one of these as we will see in our exhibition on female creativity), companies did not and do not support women. They put them in the catalog to look genderless, but they don’t help them, as I was able to verify on the occasion of DONNE & DESIGN where I called an excellent character like Silvana Annicchiarico as curator.

Many female architects have had to give up because the companies they work for, with a thousand excuses, have not made available the very small fee (practically only a reimbursement of expenses) proposed for participation in the event.

Those who know me know with how much attention and passion I take care of in every detail, how much I want smiles and kindness to be our symbol, flexibility and imagination our method, beauty and elegance our style, openness and listening to our approach; Superstudio is very woman and I hope it will remain so in the future, when maybe I won’t be so present anymore due to the age limits.

I would be surprised if, with all the female protagonists rising to the command posts in very important situations, politicians, scientists, researchers…, the right emphasis was not given to talented women in design. Which are many and they deserve it.

Book your visit at Cult&Must: info about Greenpass

Register your visit for Cult&Must at https://registration.superdesignshow.com/eng/. Access to the event is allowed only to visitors provided with COVID-19 Green Certificate. It is also possible to have a paying COVID-19 test at the entrance of Superstudio Più, in via Tortona 27. 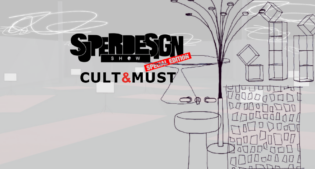 PREV
CULT & MUST, a special Superdesign Show project in September 2021 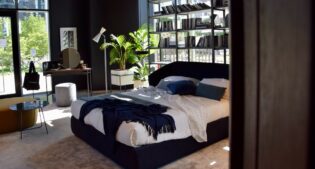 NEXT
Novamobili proposal at Fuorisalone 2021