Flou made the bed

Flou has an Italian design story born from the concept of rest. Flou beds have marked the imagination of design in the world, placing themselves as an emblem of personalized comfort, adaptable to the people’s needs.

The culture of sleeping, in addition to being a slogan, has tempered the philosophy of the company from the very beginning. We are in 1978, in the years when the fashion of the duvet became a trend and the brilliant intuition of Vico Magistretti meets the visionary spirit of Rosario Messina, founder of Flou. From this partnership of intentions Nathalie was born, the first of the modern textile beds, completely removable. There was a new aesthetic in this bed, placed at the service of functionality and calibrated to the new role of the woman, hitherto mainly a housewife. The bed is made up in a single gesture, simplifying the daily dynamics and following the rhythm of a changing society.

The company Flou has an Italian story also because it tells of a young man from the South of Italy who left Sicily and managed to create his own brand and put it at the service of the culture of work in Brianza (North of Italy). An entrepreneurial bet that the Messina family, today represented by the sons Massimiliano, Cristiana and Manuela at the helm of Flou, has been enriched with numerous international design awards. In 2020 the definitive consecration with the XXVI Compasso D’Oro, won for the career of the product. The first time ever that ADI has awarded a prize of this nature.

From bed to total living

Over the years, Flou has converted its sleep experience into an extended comfort approach throughout the home. More than a total look, Flou has aimed at a total living, with furnishings for all the rooms of the house designed to spread the sense of well-being that we naturally feel in the bedroom. If everything was somehow born from Nathalie and the beds that followed one another, Flou’s musts today can also be counted among the wardrobes, armchairs, sofas and various furnishing accessories (desks, tables, mirrors and others). The textile know-how that characterizes the company is found in every element, with soft shapes that support and invite home well-being.

There is the Lilia swivel armchair, in which a petal of padding envelops a contemporary and asymmetrical seat. Or the lightweight Icon sofa, modular and removable, with its base detached from the ground and the slender structure. Or the Céline armchair that believes in itself and poses like a single bed (there is also the sofa version that becomes a double bed). Then there is the Duetto sofa, which becomes a dormeuse, single or double bed, with the footprint of a single bed. And finally the Majal bed, which makes geometry the main motif of the headboard, as a kind of boiserie. 5 products that represent, in my opinion, Flou’s ability to interpret modern needs, adapting them to lasting and demanding comfort.

Since 2013 Flou has been illuminating change

With an ambitious and enlightening project, in every way, Flou in 2013 gives life to Natevo. The new brand deals with light, or rather with furnishings that illuminate. A new bet for the Messina family which prematurely lost Flou’s founder in 2011. The differentiating feature of Natevo is that of putting light sources inside the furniture, giving light to the rooms without the use of other lighting bodies. A new revolution has started, in the name of that father who was the first to understand that only by embracing change can one live in design. Living Flou design.

* Article in collaboration with Flou 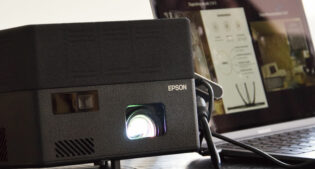 PREV
Why a design studio should use a projector 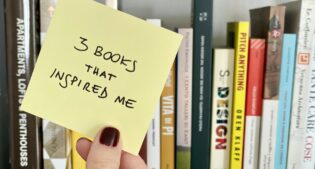 NEXT
3 books that improved my work as a designer