I always love design, and I’ve always seen it as an extremely ductile world,  that is able to adapt, to meet and merge with many other disciplines. Design is capable of becoming not just something to look at, but also an experience that can excite, drag us into parallel worlds and stimulate our senses and our perceptions.

And that’s what I’ve always loved about the concept of experimental design, that you are involved completely, 360 °, making you feel strong emotions.

Here, I want to tell you about a WOW experience, actually, WOW, by name.

It was ” WOW – La Girandola delle Energie  (The Pinwheel of Energy)“, an event that I had the pleasure of being invited to last Thursday, along with a friend of mine. WOW is characterized by a concept that can stimulate all the senses, even on a subconscious level, capable of generating a sense of total immersion that, at least for me, lasted throughout the entire time of the event.

It is located in the magical city of Florence. We went early to the Vicolo dell’Oro (Golden Alley), a few steps from Ponte Vecchio, and it had a very intense emotional and visual impact on me, I can assure you!

We were amazed by the huge windmills attached to the facade of the Gallery Hotel Art and the red, giant writing WOW statue, in the center of the square.  It makes you think right away about the happiness and positive feelings that make you have a beautiful afternoon, just like it was for us. Even the desire to interact with the surrounding space was immediate. 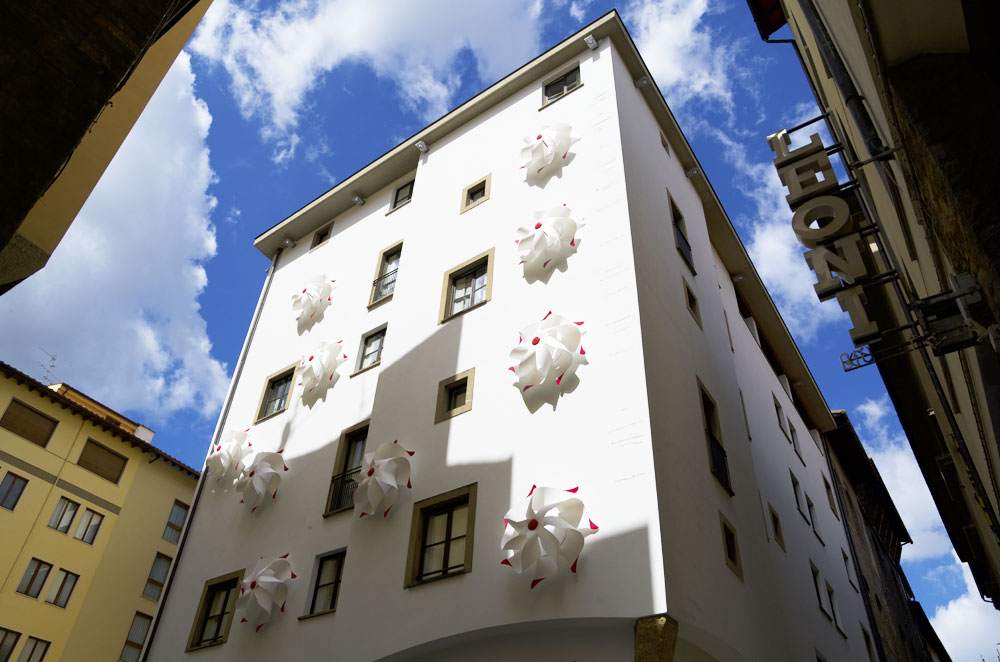 The piece has a playful aspect that creates a rapid and involuntary connection to the childish side in each of us, with the desire to jump into new experiences. It gives you a real spark of curiosity, which made us to want to know where this work created. At this point we knew though, the important message it wanted to communicate.

“WoW” it is a small world, uniting the most diverse aspects: the installation is not only fun, but also has a socially committed nature, evoking light, clean energy. It’s an important piece of work, which impresses with its simple language.

It was created from the creative spirit of the designer Simone d’Auria in collaboration with the Lungarno Collection, which is part of the Gallery Art Hotel. 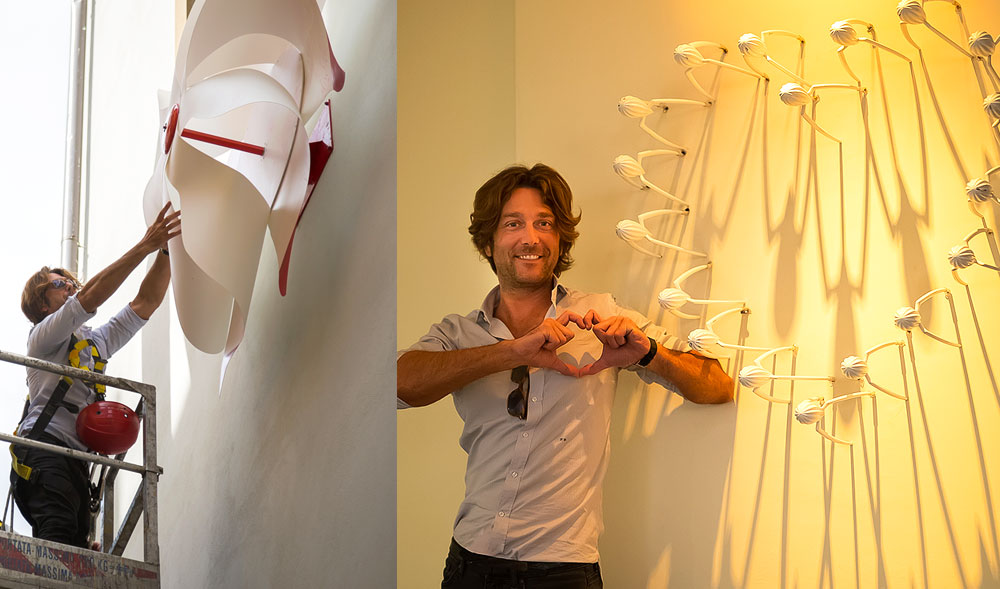 For those not familiar, Simone d’Auria is a leading figure of the Tuscan landscape, which every year since 2013, in collaboration with the Lungarno Collection, gives in Florence poetic and evocative visual experiences.

The installation of 2013, for example, and was very impressive: it was a long row of giant bicycles (always positioned vertically in front of the Gallery Art Hotel), representing the adventure of humanity into the future .

In 2014 it was a long row of white mannequins, each characterized by a different animal head: the aim was to represent, through their symbols, the history of the great Florentine artists.

Last year, finally, in honor of the Expo, where there were huge tablespoons installed which expertly reconnected to the Universal Exhibition themes and, at the same time, were a tribute to the great past designer Bruno Munari. 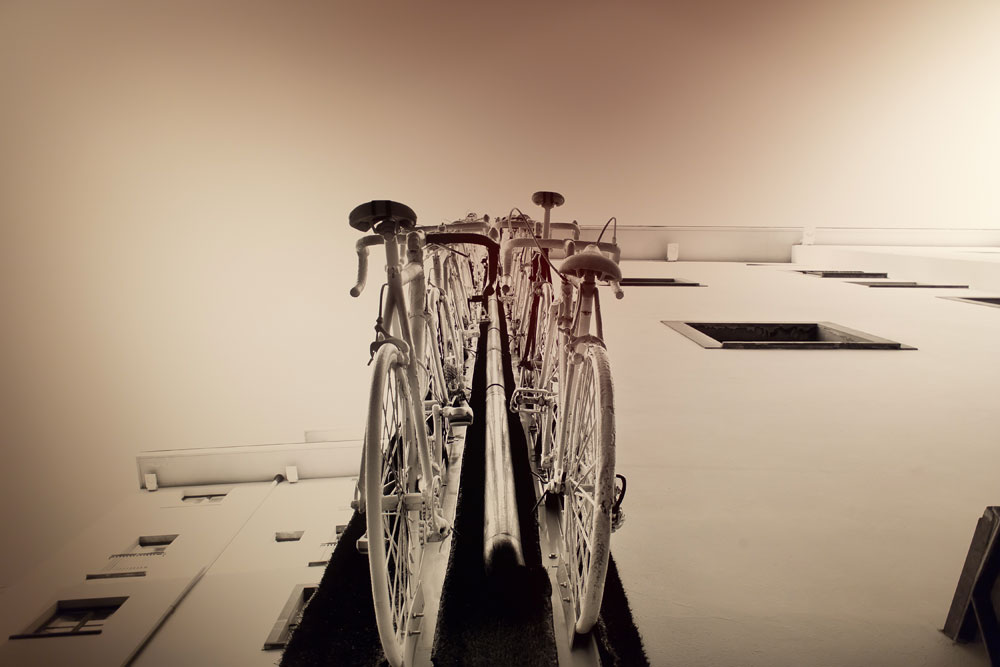 On our journey we also encountered the most engaging part, entering the Gallery Hotel Art. We discovered the wonderful retrospective of previous work by Simone d’Auria for the Lungarno Collection. A striking exhibition with attention to detail, which gives a nod to a design of sophisticated and minimalist interiors.

But what particularly surprised me, was the multi-purpose role of the Gallery Hotel Art. I’m not talking about a static exhibition space that you look at and then go on to the next, but instead it is a place where you can take advantage of the offered space, to eat and drink with friends, surrounded by art, design, poetry and food design.

I started, though, by telling you about the WOW aperitif because the hub of the sensory experience was just “the WOW drink” at The Fusion Bar & Restaurant. Dishes are specially designed for the occasion by the same designer Simone d’Auria and Executive Chef of the company, Peter Brunel. 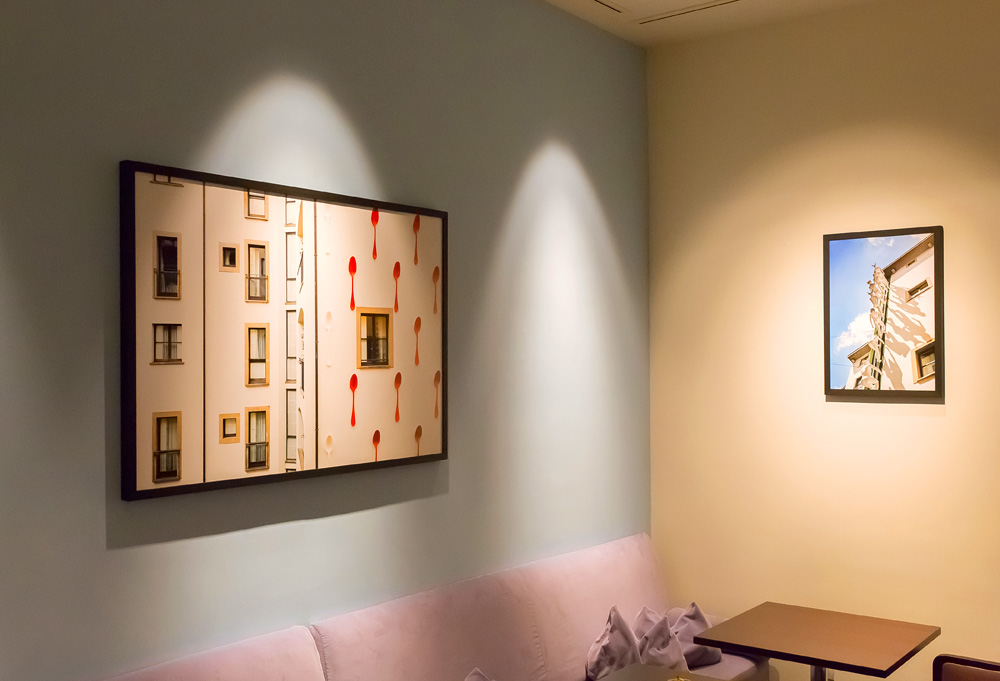 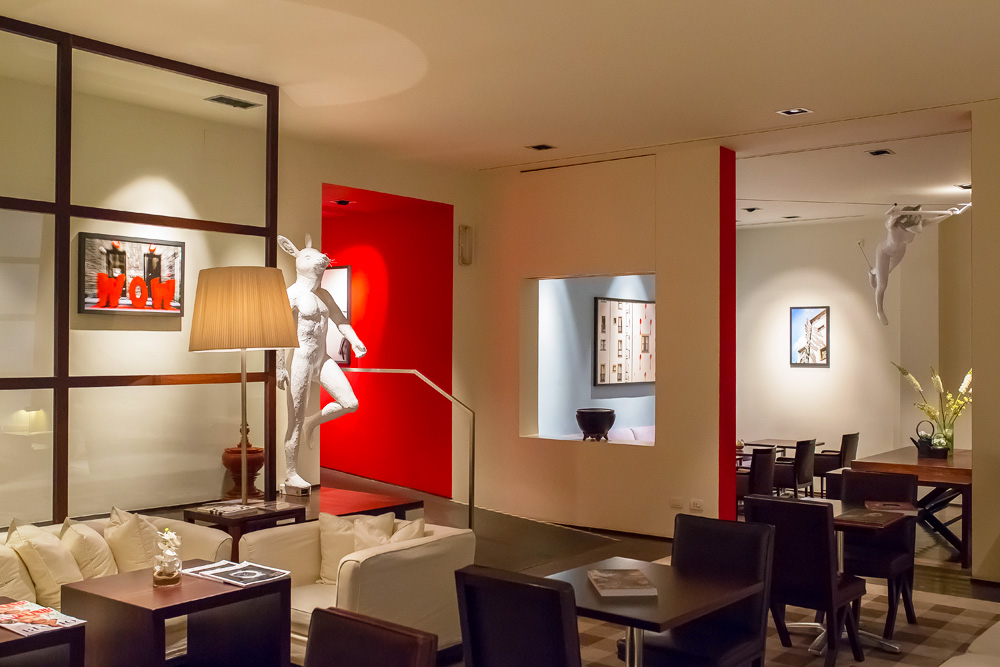 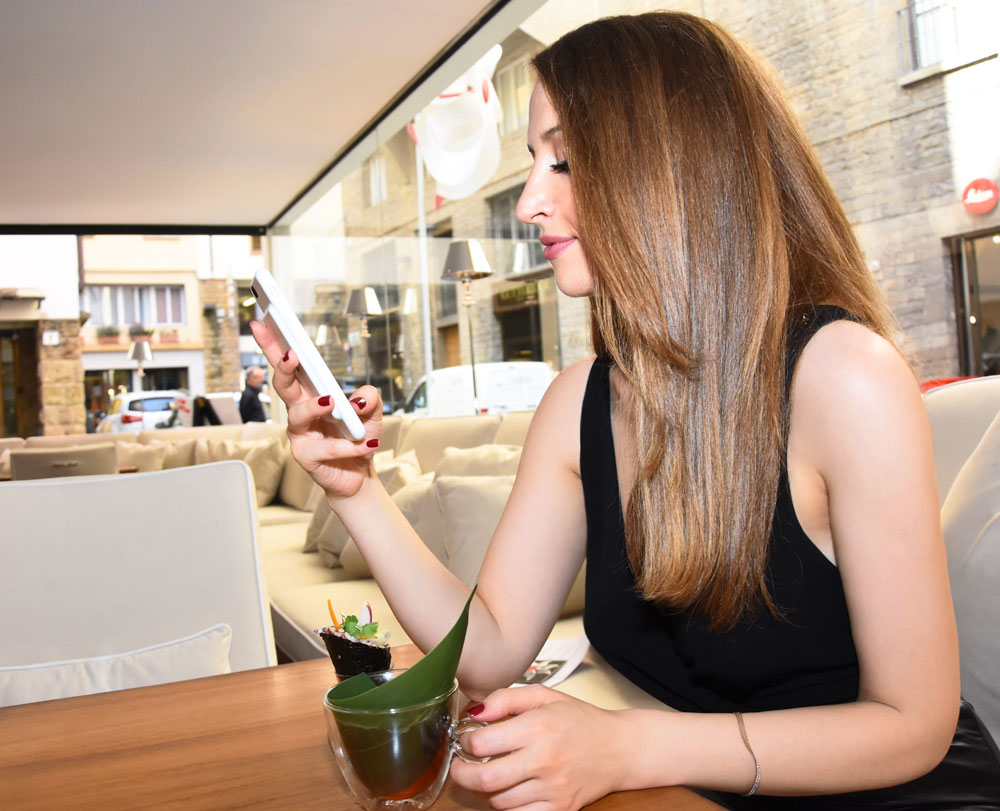 Here for example, is the “WOW box” composed of a “WOW cocktail” that comes with a seaweed cone filled with red quinoa, rice, vegetables in cream and chips in brine. 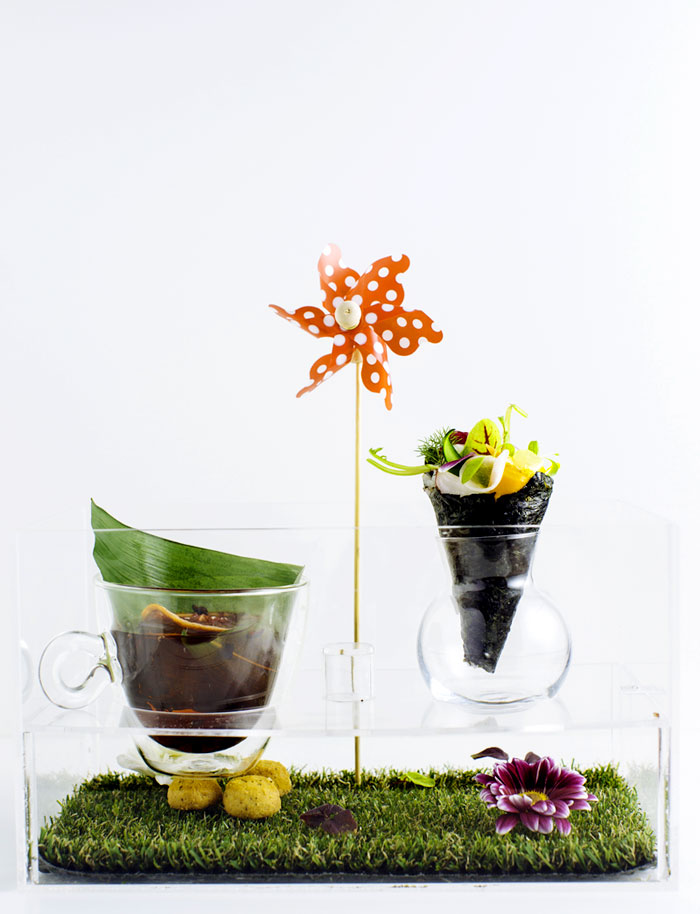 At “The Fusion Bar & Restaurant” you can find this plus many other drinks, one always better than the other. The “WOW cocktail” (the first on the left) is a remake of the American cocktail, made with campari, Japanese plum liqueur, sake, and green tea soda.

And finally, here is the dish that most of all resembles the installation, the “Windmill Nigiri” (of course we didn’t hold back this time!) 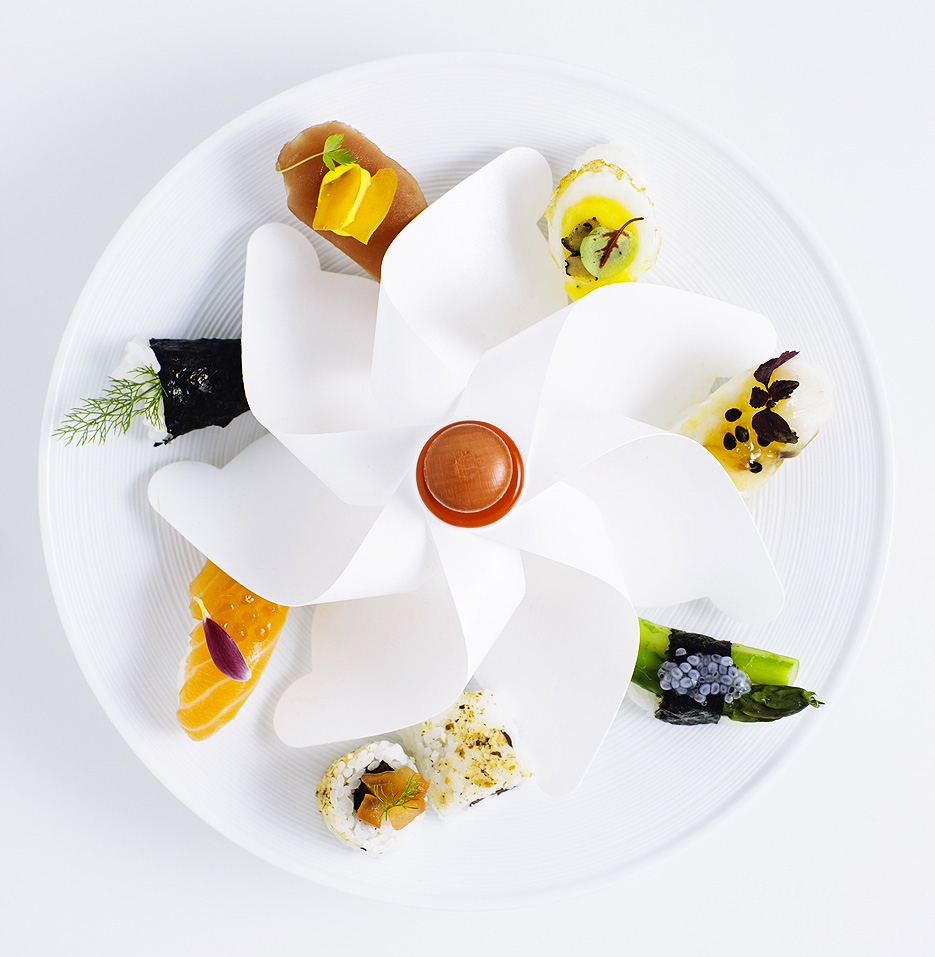 After a few selfies and scraping our plates, we had the perfect time satisfying our appetite … and I must admit, it was all really delicious! 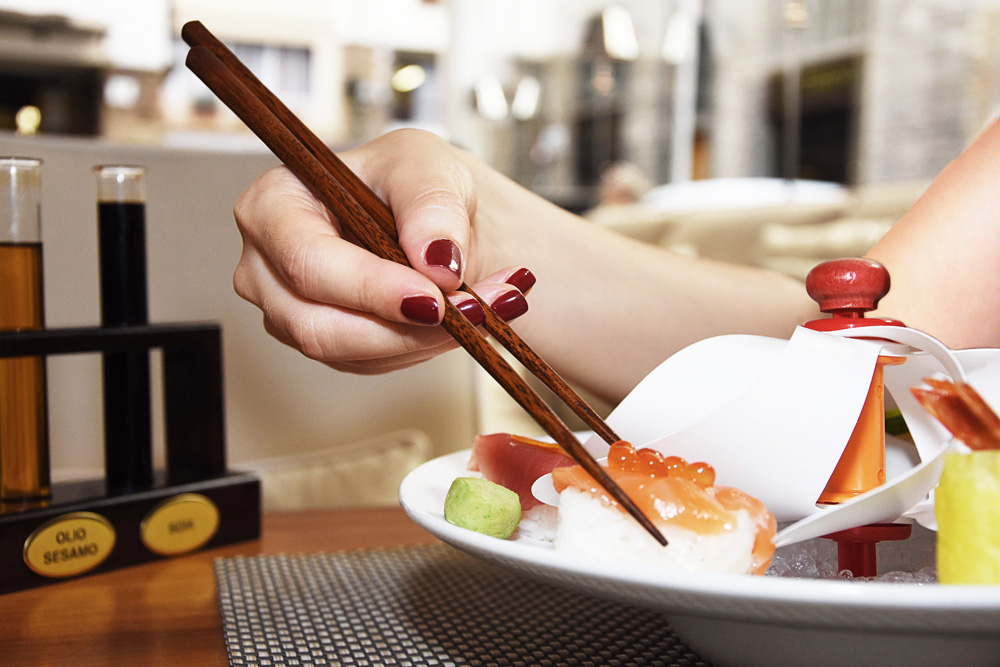 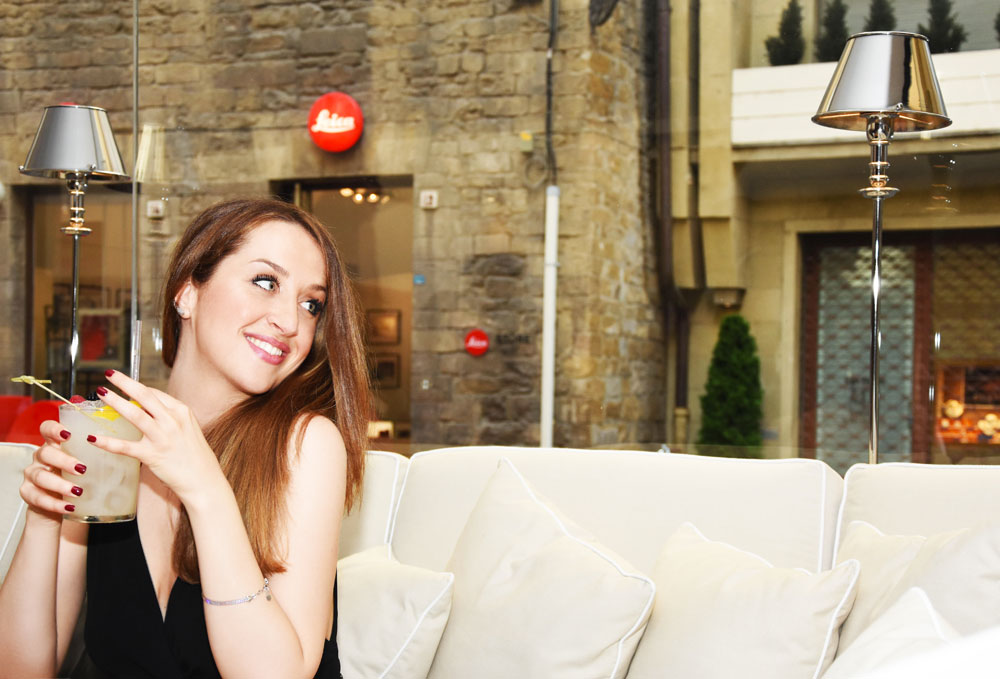 Don’t you think that “WOW” is super fascinating? Would you like to try it too? Well, I have good news for you! WOW will be open until December 31, 2016. Do not miss it! 😉 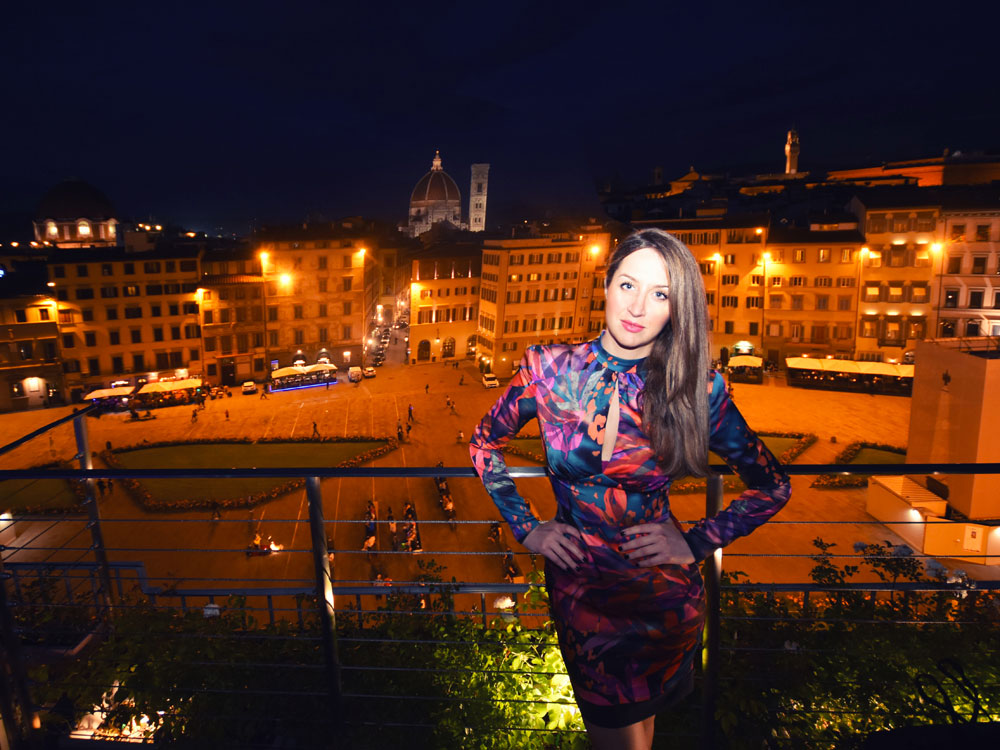 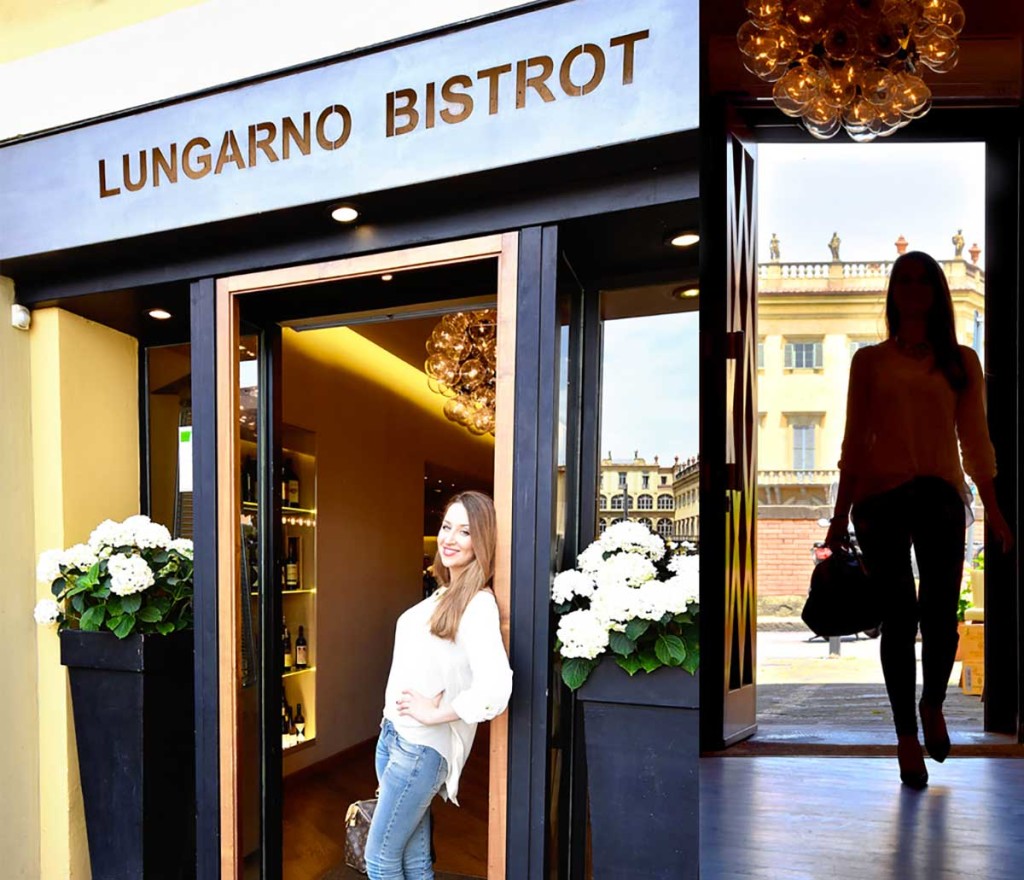 NEXT
Lungarno Bistrot: the perfect mix of classic and contemporary in a dreamy place