Karim Rashid is probably the best-known contemporary designer in the world.

In his career, so far, there are over 2.000 projects in production between product design, interior design, fashion, furniture, and installations.

This is enough to make us realize how diverse his work and his personality is!

Award-winning, some of his creations are included in the permanent collections of 14 museums located throughout the world.

Karim Rashid was born in Cairo, Egypt, in 1960. Shortly after he moved to Canada in 1982 where he graduated in Industrial Design at Carleton University in Ottawa.

For his post-university course, he chose Italy. First in Naples, alongside Ettore Sottsass and then Milan at the studio of Industrial Design of Rodolfo Bonetto.

Karim now resides and works in New York where he runs his private design studio.

Among its customers, there are many illustrious names, companies such as Cappellini, Disney, Giorgio Armani, Kenzo, Prada and many others.

I find that the style of Karim is absolutely eclectic, colorful and cheerful, with soft lines and are often contrasted by pop. His work follows a modern stylistic line, which makes me think of contemporary and refined environments.

His projects have a very recognizable style and do not go unnoticed.

Here are some of my favorites:

If you liked this article you may also be interested in:

> Boca Do Lobo: discovering the extravagant luxury, Made in Portugal

> A Parisian apartment and an explosion of colors!

What do you think about it? Do you like the style of Karim? Which products that I mentioned above do you like the most? Or do you like others better? Tell me everything, you know I’m curious!

IN THIS ARTICLE YOU SAW 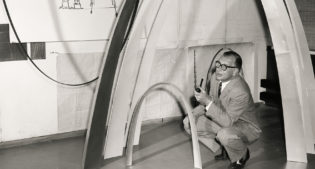 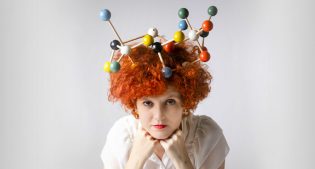 NEXT
Serena Confalonieri tells about her collaboration with Porro