Last week I attended another important Italian design event. It was about Marmomacc, the world’s leading trade fair for the industry of the lithic industry, which is held every year in Verona. On this occasion I had the fortunate opportunity and pleasure to meet and interview two very reputable independent designers in the industry: Paolo Ulian and Moreno Ratti.

The two designers, with great creativity and skill, give life to stone, giving us contemporary products that speak about the past and the future, making them timeless objects: real unique pieces.

Today I decided to show you what they presented at Marmomacc: the library bench COMB.

(You know what? To take these pictures, we were interrupted repeatedly by visitors who stopped to admire it!) ? 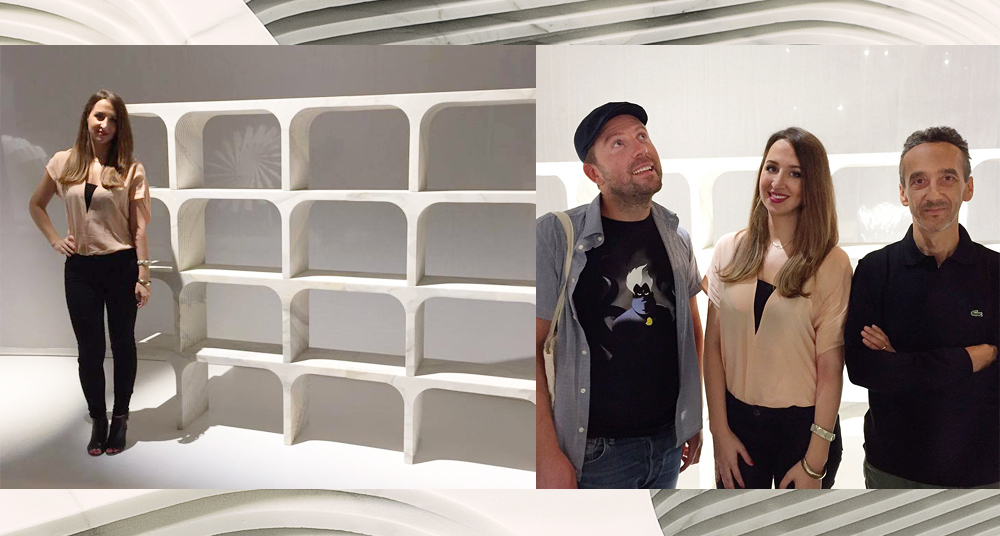 COMB, created from a module, is a bench that can be placed either internally or externally, and if it is multiplied in height and length, it becomes a library, with no limits – it can go on into infinity if you want it to.

The first time I saw it, it felt like I was standing in front of a massive object, architectural, but at the same time, lightweight and sinuous.

The base module, made of white Carrara marble, is characterized, as the designers  kept emphasizing, by a series of grooves that in addition to having a decorative role, also have a technical function, which is lightening the module by about 30% compared to its initial weight.

And we’re talking about marble: this is definitely a significant reduction in weight! 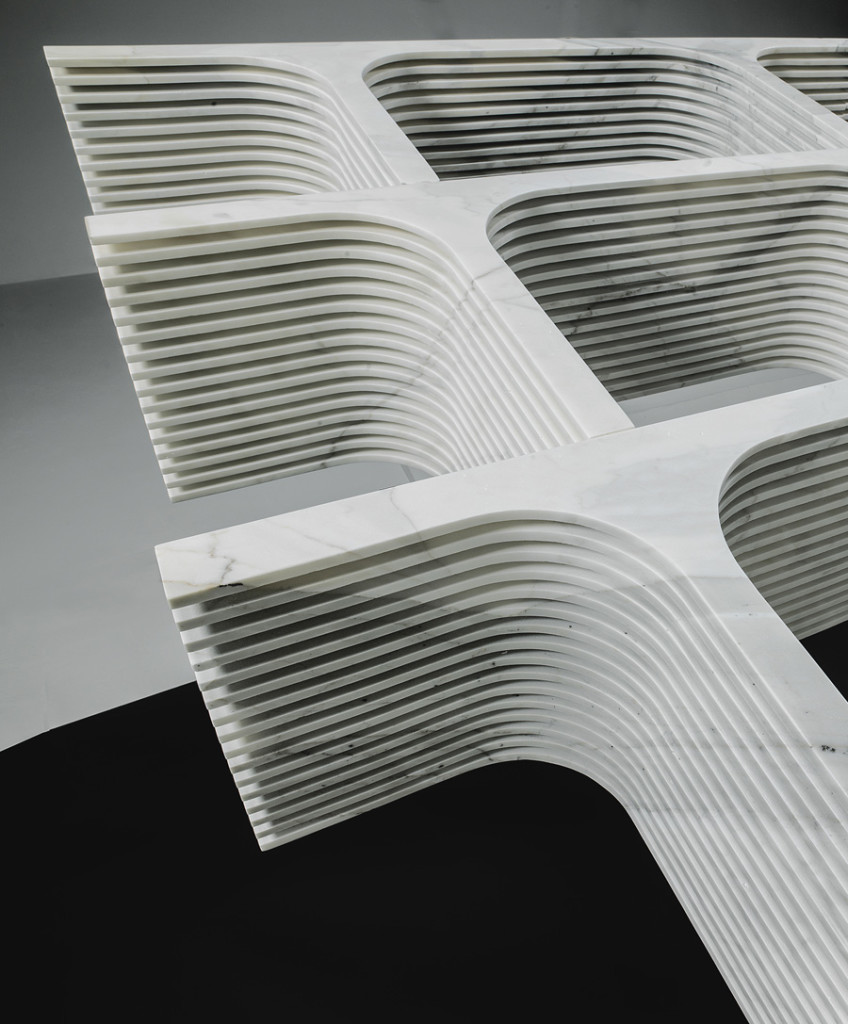 COMB was designed in 2014 and was produced by Robot City ñ 201. This very important project, became part of the best stone projects in the last 50 years. An enviable goal and, from my point of view, absolutely deserved! 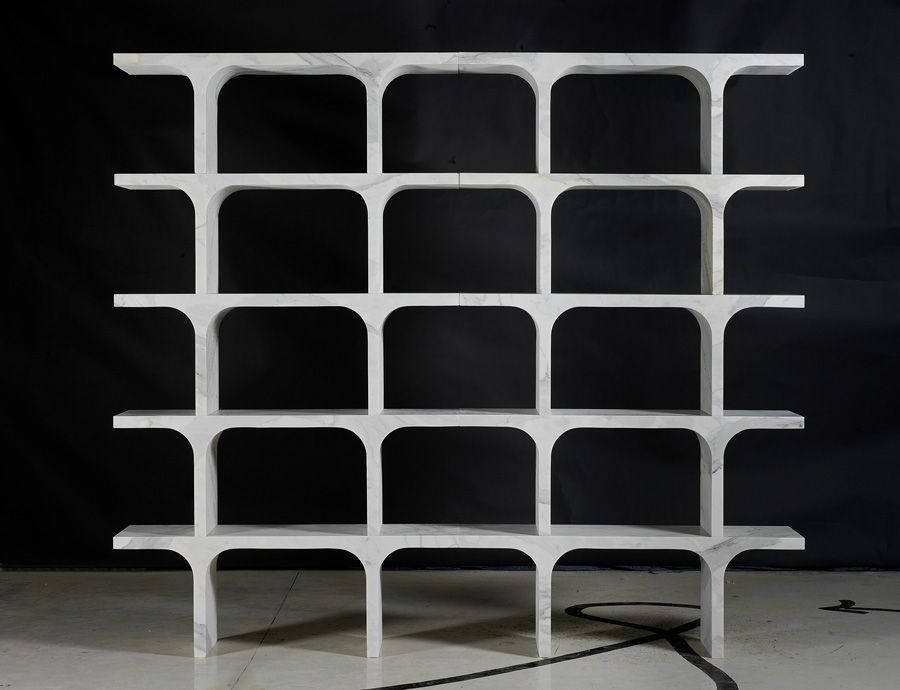 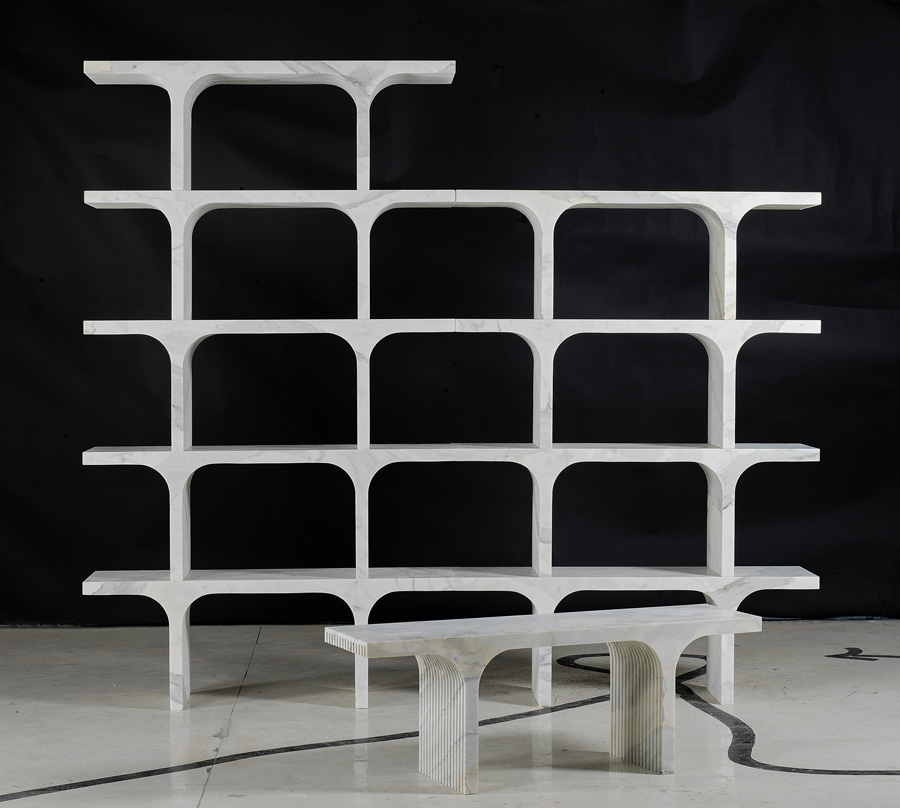 Personally, I see it going well outside, as a decorative installation or bench, perhaps in a beautiful Italian garden, but also for an extension in a living room, a studio or a bedroom that is bright and spacious.

Oh yes, and because Comb is an element that needs space to express itself, it should to be placed in an open area. It’s a product that shouldn’t be “choked” but should be able to “breath” and be noticed. The nice thing is being composed of modules, no matter how big your home is, you can have Comb in the perfect size for you! 🙂 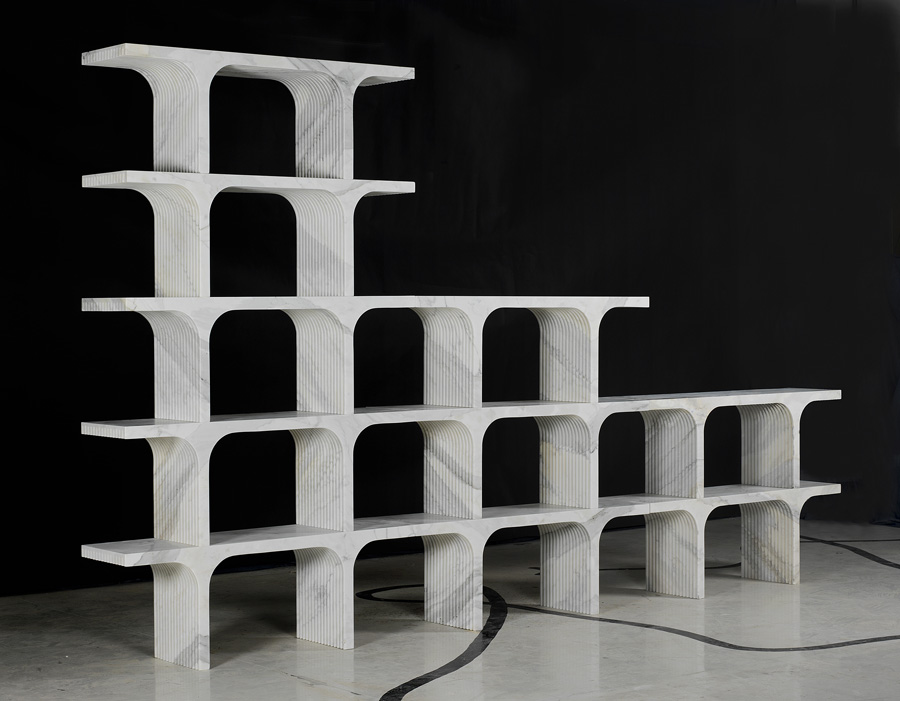 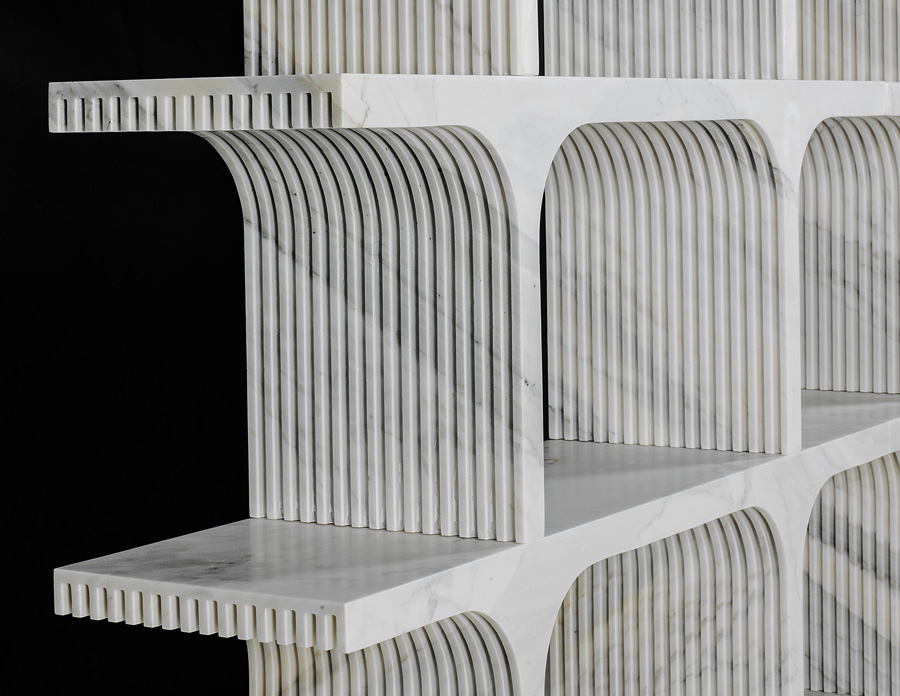 So in my opinion, it is a product that has a lot of character; it is strong but exquisitely elegant at the same time, which is why it has strongly contributed to the success of Marmomacc.

What do you think about it? Do you picture it better as a complement of interior or exterior design? Would you buy it or is it better to see it in other contexts, different from the one you live in?

Qui the link to get all info you want on the purchase of COMB. 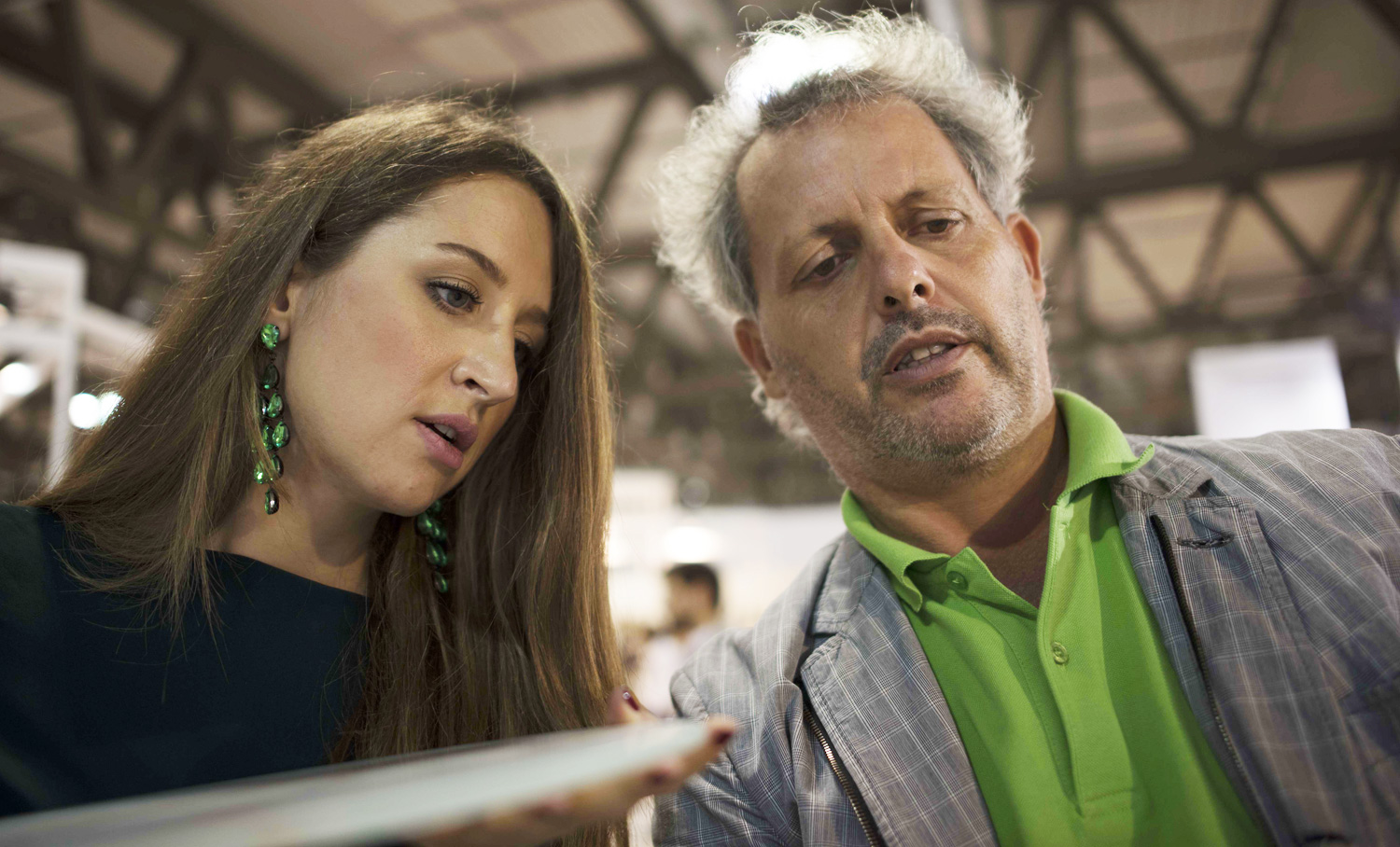 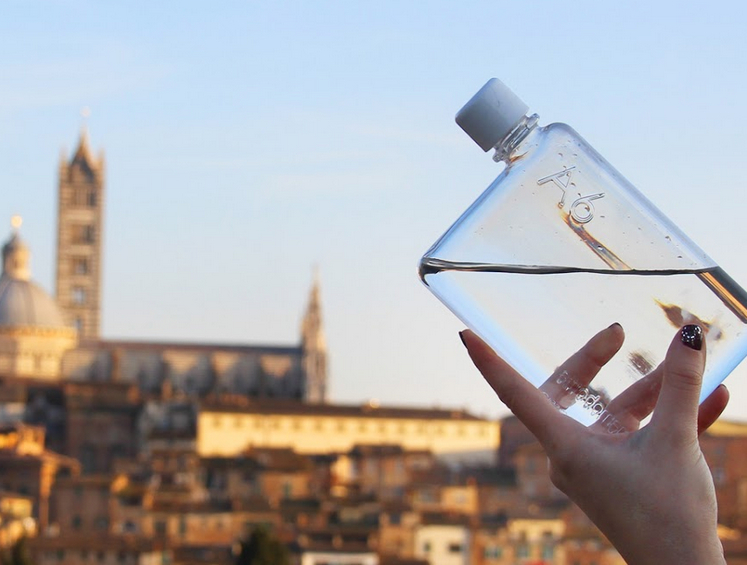