This month in which we celebrate women, I have been reflecting on one of the most important female figures from the panorama of contemporary architecture. She died four years ago and today is the anniversary of her death: Zaha Hadid.

Zaha was among one of the first women to carve out a truly relevant space in the world of architectura.

Thanks to her talent and her perseverance she managed to assert herself, overcoming the criticism from the field in which she worked, which was often male dominated.

In short, a woman of character, often described as resolute, demanding and tough, with herself and with others. I personally associate Zaha Hadid with the concept of soft perseverance, a proud and fluid obstinacy in achieving goals never achieved before.

“Architecture is no longer a man’s world. This idea that women can’t think three dimensionally is ridiculous”

Zaha Hadid was the first woman to win the Pritzker prize in 2004, an annual award made to a living architect who has distinguished for his/her work. A sort of Nobel Prize for architecture, rightly awarded for its role as a member of the deconstructivist movement.

“I have always been interested in the concept of fragmentation and the idea of abstraction and explosion, de-constructing the idea of repetitiveness and mass production”

Born in Baghdad in 1950 into a wealthy family, Zaha first graduated in mathematics in Beirut and then went on to study architecture at the Architectural Association of London. It was here in 1980 that she opened her studio, Zaha Hadid Architects (ZHA), still to this day one of the most important in the world. According to BD Insurance Bureau, it ranks 45th on the list of the world’s most important architectural firms – with nearly a thousand projects completed.

The Queen of the curve, as it was called by The Guardian, boasts works that speak an architectural language definable as light, fluid and transparent. That soft perseverance that I also think describes her personality well. Zaha was a woman with an extraordinary creative ability who combined profound research and very high technology within her constructions.

Her desire to create was not limited to just architecture, but it bordered on and mixed with art: often, to give a preliminary form to her projects, she would paint the construction and its landscapes that she imagined on canvas. I think this is a wonderful and extremely fascinating aspect which has been noted by some of the major museums of the world, such as the MoMA and the Guggenheim, who have dedicated important exhibitions to Zaha’s work in which her paintings, sketchings and animations can be seen.

In 2010, the magazine TIME included her in the ranking of the 100 most influential personalities in the world.

Among the many projects that have made her a true archistar, I want to mention the MAXXI (International Museum of Art from the XXI century) of Rome, inaugurated in 2010 and considered to be one of the most fundamental works of Zaha Hadid.

The project was realised in the area where the Montello barracks were located and in which Zaha recovers and incorporates two buildings, adding fluidity and volume, curved walls and intertwining elements. In this construction the relationship between function and form is closely linked and connected, aiming to recover the relationship between man and the context. In this particular place, unlike most museum environments, the visitor is not forced to a pre-established route, here you can find your own route allowing yourself to be fascinated by the structure and each time in a different way.

What can I say, chapeau!

Personally, I’m fascinated by Zaha Hadid when I think about her and her achievements. Whether you are talking about architecture, design, art or women’s empowerment, she will always be a source of inspiration.

And you, what do you think about this resolute and brilliant archistar? Does she inspire you? Which of her projects do you like the best? As always, I’m curious. Leave me a message in the comments or send me an email at [email protected]!

• Gae Aulenti between design and the city

• Acqua Tower: the first skyscraper designed by a woman

• Just a touch of Patricia Urquiola 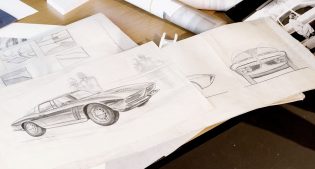 PREV
Automotive design: the evolution of car lines from the 1950’s until today 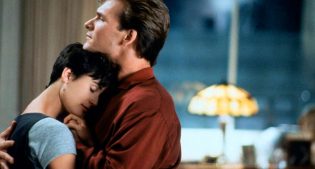