If we think about the theme of provocative design, then our mind will automatically think of the historic Memphis group. It’s almost instinctive, how could we think of anything else?

A quick review: the Memphis group – it started in Milano in the early 1980s – it was a collective of designers and architects and was founded by Ettore Sottsass, we can also remember people such as Michele de Lucchi, Aldo Cibic, Matteo Thun, Alessandro Mendini, George Sowden, Andrea Branzi and others.

The intentions of this collective was to create an alternative to the minimalistic design of that time, which they considered was without personality.

The designs of the Memphis group – therefore – had to replicate the canons in use at that time and unhinge them with new provocative and eccentric products, extremely colourful and characterised by noteworthy geometry.

Within the Memphis group we find the undeniable influence of pop and futuristic art. Equally undeniable is the great impact that the collective has had and the legacy it has left in the world of design, even after its dissolution in 1988.

And so, after these first premises it’s time to talk about other contemporary products which certainly don’t go unnoticed for their provocative design.

So far we have only talked about the Memphis group, now we will go a little further: although the products you will see do not belong to the movement of provocative design par excellence, but I think they have taken on the spirit.

If you have ever considered putting some objects that are not completely politically correct in your home or office, then this is the right article for you because you have to know how to provoke but with style!

The lamp collection Guns by Philippe Starck for Flos

In this project, Starck underlines and denounces the ever present – and often exaggerated – relationship between man and firearms.

“Our life is worth only one bullet. The Gun Collection is a sign of the times. We have the symbols we deserve”, says Philippe Starck himself.

Hands up, you can find it here.

Him & Her chairs by Fabio Novembre for Casamania

A provocative reinterpretation of a 1960s icon, the Panton Chair, which in this case shows the naked shape of a male body on the Him version and the shape of a female body on the Her version. Halfway between art and design. Certainly unconventional.

Which one would you sit on? You can find it here.

The Kong lamp by Stefano Giovannoni for Qeeboo

A cinematic icon since 1933, an evil and frightening beast who turns into a useful and friendly hero. The lamp is 1,40 meters tall and adjustable – but it is also available in a smaller version – capable of showing us the way in the deepest darkness.
Perhaps no villain is destined to be a villain forever.

Kong Kong, who is it? You can find it here.

The Shit chair by Toiletpaper Magazine for Seletti

Toiletpaper Magazine was founded in 2010 by Maurizio Cattelan and Pierpaolo Ferrari. Their approach to design is completely in line with their style. The Shit chair is an armchair with a 1950s design characterised by its cover that – to put it mildly – is not expected in the middle of a parlor. It’s in perfect Toiletpaper style.

You can find it here, but don’t tell the puritans.

A collection of objects for the table dedicated to tea which – as Matteo Cibic says – it inspires “by the grace and form of the female breast”. Matteo is the son of Aldo Cibic from the Memphis group, could he also be a provocateur?

You can find it here, with both hands.

A limited edition that I could not exclude from this list of provocative design. A seat from out of the box in which its form was created by the evolution of a thin black line. The Thin Black Lines subtly provokes and surprises us, revolutionizing the concept of volume that we are used to. Minimal, extremely Japanese.

You can find it here, arigatou!

The lamp Giraffe in Love by Marcantonio for Qeeboo

This lamp is a ‘real’ giraffe, in the sense that it is life-size: a good 4 meters (although there are smaller versions). The giraffe holds a classic style chandelier in its mouth. A sculpture that gives a contemporary provocation, it is monumental and iconic at the same time. It is capable of leaving people speechless because it dares.

If you stretch your neck out, you can find it here.

What do you think? Of course these are extremely particular products, which however – if carefully placed in a space, can create exceptional character, to say the least! I repeat, you have to know how to provoke but with style.

If this list seems incomplete, that’s because now it’s your turn to add the most provocative products that come to mind. Dare, provoke, amaze me!

Whilst talking to you all on my Instagram profile about these provocative products, I had some really nice conversations, with lots of opinions and ideas coming out.

And so, as promised, here are four products that have been suggested by you, which rightly fit in amongst the most provocative design products.

The Do hit chair by Marijn van der Poll

A metal box and a hammer, so by hitting the box,  anyone can model, shape and create their own seat. This way, are we all designers?

Thanks to Luca Pinotti (@luca_pinotti) for having suggested this object, that you can find here.

POPek, the balloon dog of Whatshisname

Entirely made out of fiberglass, it’s a fun object capable of catching your attention with a little amazement. How does it provoke? The position and the action are certainly not the most orthodox of ideas to share with others, don’t you agree?

Thanks to Dunia Demi Architettura (@duniademi_architettura) for having suggested this product, that you can find here.

The Tits lamp by Studio Job

Wall lamps in blown glass and metal. With this iconic and irreverent product, the design company Studio Job, has gone beyond the confines of classic good taste giving life to a product that has become a middle ground between functionality and timeless imagination.

Thanks to Riccardo Basilico (@basilicoriccardo1989) for having suggested this product, that you can find here.

A project from the early 1970s (1971) that the designers themselves describe as “an object for single or collective rest, unstable, always to be conquered because of the elasticity of the material”. Playful, ironic and revolutionary especially in those years. Its name Pratone, means ‘a piece of lawn’ reproduced on a large scale, its modular and can be used to infinity and enter our homes.

Thanks to Gerry (@gi_rai_) for having suggested this product, that you can find here.

What do you think of these provocative objects? Which one attracts you the most? Do you think we should add more? Let me know what you think and tell me your ideas in the comments below or send me an email at [email protected]

• The beauty of scars: Matteo Ragni for Take my lapis

• UP5 and UP6 armchairs by Gaetano Pesce

• Outdoor is the new indoor: what’s trending in outdoor design for 2020 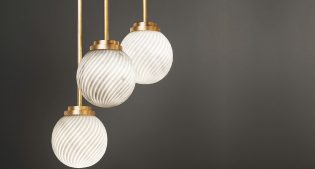 PREV
Victoria, the lamp which unites marble and light 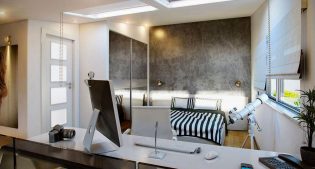 NEXT
Smart working: tips for setting up your home office